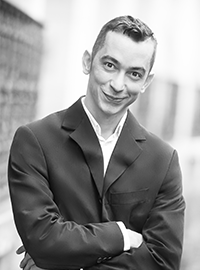 With over 15 years of experience in consulting, “Leo” is now in charge of digital management and is also involved in research and interviews abroad. Multicultural and multilingual, he began his career in vocational training very early and became a pioneer of the web in the 90’s.

Leandro speaks fluent English, French, Portuguese, and Spanish, and knows Slavic, Scandinavian and Finno-Ugric languages to varying degrees. An unabashed geek, he is also very familiar with computer programming languages and develops for the web. He has mastered social media networks since their inception and has studied economics and languages (Unicamp, Inalco, Univ. of St. Petersburg, Univ. of Helsinki).